Last November Amsterdam turned bright green again for the Cannabis Cup 2010. It was the twenty-third time that the American High Times magazine had organized this festive event in the Dutch capital. What started out as a party mainly for Americans in 1997 has grown into an international cannabis festival that attracts cannabis enthusiasts from around the world.

It might be the most wanted thing for a cannabis strain: winning a Cannabis Cup! As usual, a box-office and a professional jury spent an entire week smoking, tasting, sniffing and smelling all of the cannabis strains which participated in the cup. Price winning strains were announced on Thursday, November 25 during the festive Cannabis Cup Award Show of the Cannabis Cup 2010. 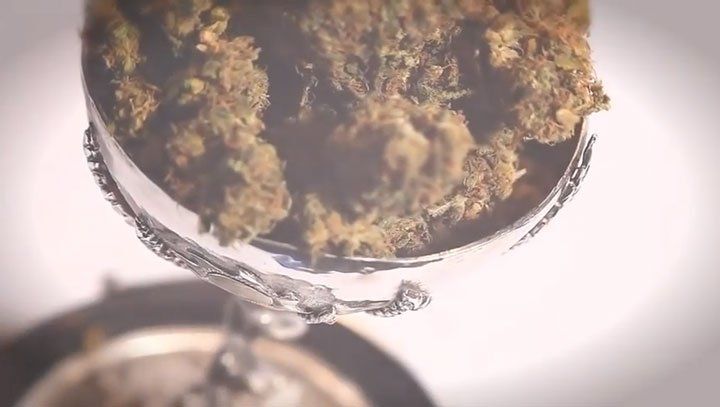 Cannabis Cup 2010: Not Just About Weed

The Cannabis Cup is certainly not just about smoking cannabis. It’s also a big celebration of free spirits. Thus, for the fourteenth time, the induction ceremony for the Counterculture Hall of Fame took place. This years inductee was rap artist Coke La Rock who was honored for his unique musical work. Coke performed later that Cannabis Cup week at the Melkweg.

For a full week, visitors from around the world were enjoying the Dutch hospitality and liberal tolerance towards cannabis in Amsterdam. They were chilling out in the coffeeshops during daytime and spent their nights enjoying live concerts at the Melkweg. The musical line up at the Cannabis Cup 2010 was just great! Some very big names from the American hip-hop scene performed at the cup, like Cypress Hill DJ, DJ Muggs who took care for the kick off of the festivities in the Melkweg. Del the Funky Homosapien, Kid Cudi, Coke La Rock, Curren$y, Devin the Dude, Grand Wizard Theodore, Busy Bee Starski and Souls of Mischief are some of the other great performers who blew the roof off in the Melkweg in Amsterdam.

The Cannabis Cup expo was held at the Powerzone and was just unbelievable, so much to do, see and learn about everything that involves cannabis! Some of the most famous people in the cannabis community spoke at six different cultivation seminars. Our Spliff stand was also a crowded blast! The famous Spliff seeds, and especially our gold line of feminized seeds, were very popular amongst the discerning consumers of cannabis.So if you want to enjoy a full week of cannabis in one of the most easy going settings of the world too, than make sure to be in Amsterdam next coming November! We are coming again, that’s for sure. The Cannabis Cup was certainly a big success!