In the video you’ll notice some crazy training that starts from a very early stage, this technique is often referred to as fluxing. Fluxing is similar (or the same thing as) mainlining, manifolding and supercropping, depending on who you talk to. Fluxing involves topping a very young cannabis plant and the guiding both grow tips horizontally. This way all the side branches start at the same height and reach around the same size. A common nickname for the result of this style of growing is a SCroG without a net! 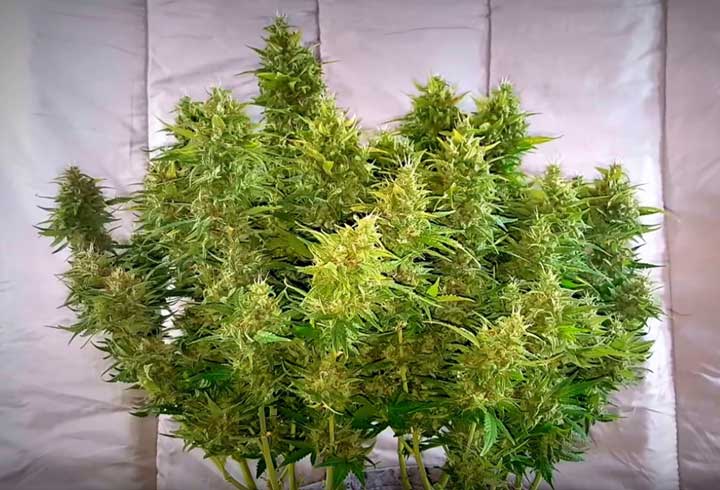 In the second half of the video Green75 explains exactly how he trains his plants. He says he usually tops at the third node, but sometimes already at the second. After that, he removes all side branches and leaves below the topped node. Once the topped node has recovered after a day or two, he carefully bends the two remaining fan leaves down and ties both nodes down horizontally with plastic-coated electrical wire. After a day or two, when the nodes have grown a little, it is time to remove the remaining fan leaves. At the same time, more wires are used to tie down the tips a second time.

This technique focuses on growing the two main tops out horizontally and tying down their side branches in a perpendicular angle. After a few rounds of tying things down with electrical wire, the cannabis plant is ready to be left alone so that it can flower. The training part is over, but the cannabis plant is still defoliated regularly. The idea behind this stressful type of training is that it will prevent an autoflower from flowering until it becomes less stressed. Defoliation often becomes absolutely neccessary because all of the branches are so close together. 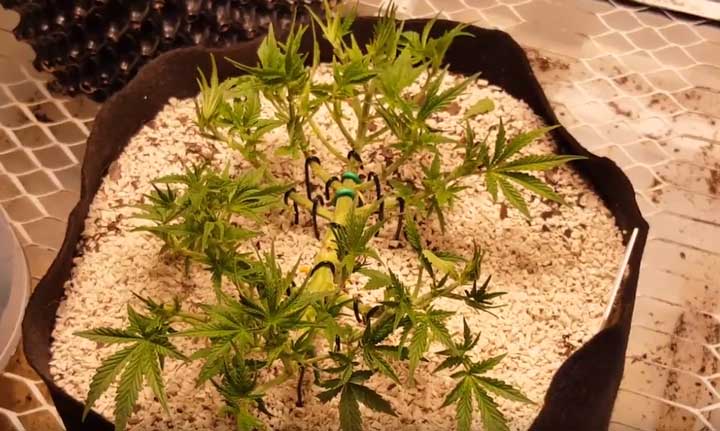 Growing cannabis this way might seem like a lot of risk and a fair amount of hassle, but Green75 swears by it. There are some obvious advantages to this style of growing cannabis, which have worked out very well for him. Fluxing reduces size, evens out the canopy and increases yield.

There are also some obvious cons to this approach, the most important one being the added time per grow. Most growers like autoflowering strains for their fast development and short grow/flower cycles. This approach will usually tack on a few extra weeks before you can harvest, making that aspect less interesting. While this style of training can significantly increase yield, many growers prefer adding another plant or two and finishing two to three weeks faster. You can also argue that this makes the autoflowering aspect redundant because a photoperiod strain would take an equal amount of time. 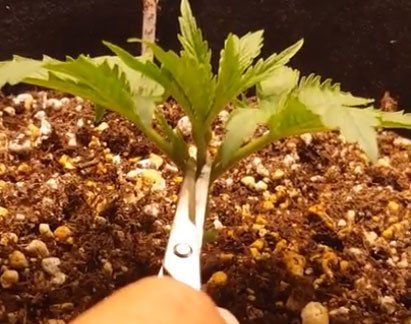 Would We Flux Autoflowering Cannabis Plants?

Here at Spliff Seeds we love us some good plant training, and fluxing is definitely one of the coolest looking training techniques around. For small, personal grows fluxing, mainlining and similar training techniques usually pay off. If you’re using a single light with only a few plants, evening out a canopy this way will definitely help. You’ll boost your yield and save yourself from trimming a lot of popcorn buds from the lower branches. For larger scale grows however, extensive training might simply be too much work to maintain. 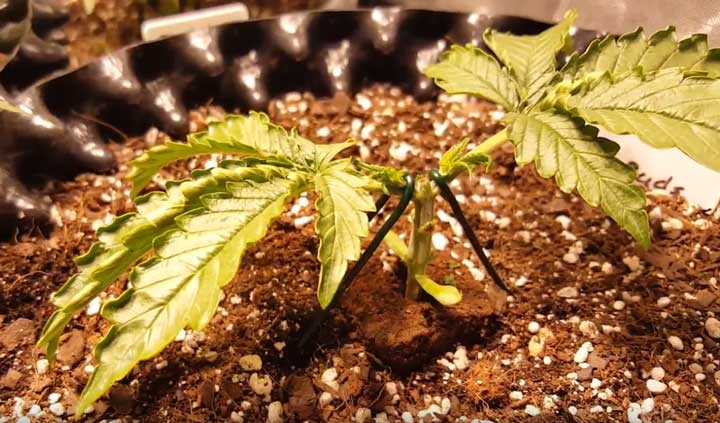 Every grower should try this style of training at least once. Bending and defoliating a cannabis plant in such an extreme manner will definitely give you a better idea of how resilient our favorite plant really is. And while many growers are convinced autoflowering strains shouldn’t be trained at all, Green75 shows us this approach can definitely pay off. Autoflowering strains are usually very durable and will bounce back quicker than many photoperiod strains due to the ruderalis background. Using this technique on autoflowering cannabis strains also comes with a set window before flowering starts, forcing you to keep up the training in early stages. Once you see flowers you should minimize training and avoid high stress training altogether. Growers like Green75 show us what autoflowering cannabis strains are capable of and we are excited to see what the community comes up with next. And of course we wish everyone good luck and a lot of fun growing cannabis!