Make Your Own Feminised Cannabis Seeds

There are several techniques to provoke cannabis plants into producing feminised cannabis seeds, in this case colloidal silver is used. Weed Liberator only treats a single bud with colloidal silver so the rest of the crop is still smokable. He has also kept a plant apart to pollinate with the pollen he collects. He explains that you can force hermaphroditism in a female cannabis plant by spraying bud(s) once or twice per day during the week before and the week after switching to the flowering stage. He uses a store-bought, 10mM colloidal silver solution called “Tiresias”, but you can also make a similar solution yourself. 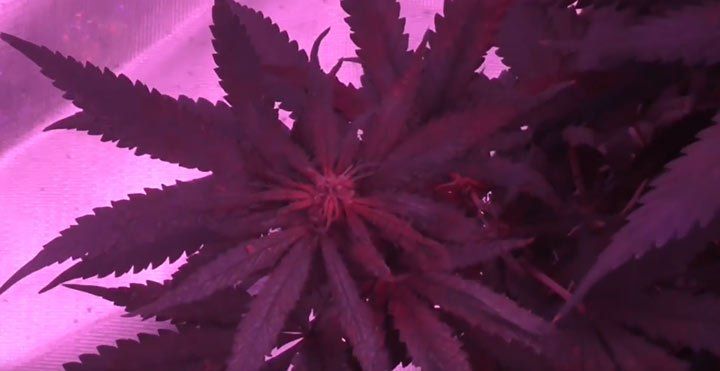 The affected bud will look quite unhappy for a while, but will start looking a lot better once it starts producing pollen sacs. When spraying with colloidal silver make sure you work safely and avoid any contact with the solution. A colloidal silver solution stresses a cannabis plant into becoming a hermaphrodite, but it can be bad for human health. It goes without saying that you should also never consume any buds that have been treated with colloidal silver! Once the flowering stage gains momentum, you will see pollen sacs start to form and you will need to decide whether or not your whole crop will be pollinated. 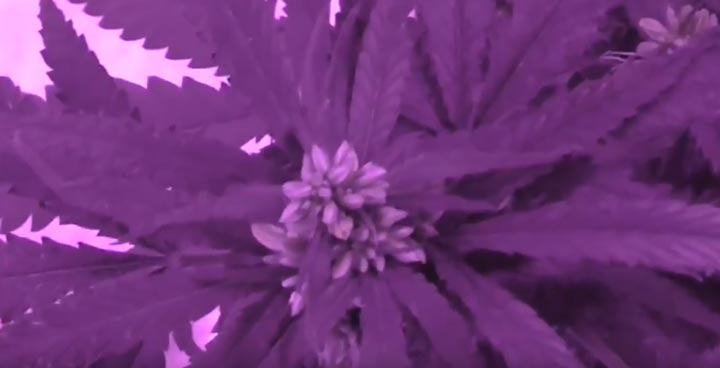 In the case of Weed Liberator only a single plant is meant to be pollinated and produce feminised cannabis seeds. The rest of the crop is intended to produce seedless flowers, so a bit of segregation is due. In order to do this efficiently the author makes sure he gets to the hermaphroditic flower before it is fully ripe and the pollen sacs burst open. Instead of letting this happen in his flowering tent, he cuts off the nearly-ripe hermie flower and keeps it in a bottle of water for a week or so, much like you would with a bouquet of flowers. With a small amount of nutrients in the water, a cannabis “plant” can survive like this for up to two weeks. By propping the flower up above a paper plate, he is able to effortlessly collect pollen by simply waiting until it falls out.

Unfortunately the pollen collection part is not included, but this is not a very complicated process. To collect pollen, simply shake and tap a ripe male or hermaphroditic flower above a sheet of paper or disposable plate/bowl. Putting your male flowers in a paper bag and shaking it for a while is also an easy alternative. Pollen travels far and fast, so make sure to clean everything (including your clothes) properly to avoid accidental pollination. 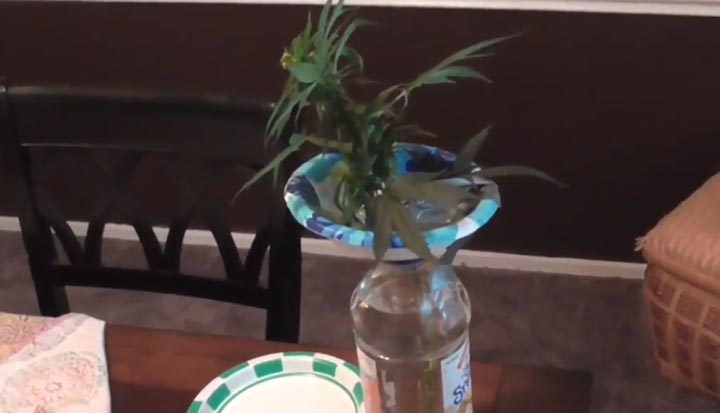 The author has kept one plant to the side for the purpose of producing feminised cannabis seeds and pulls this out of his tent while he pollinates it. By pollinating a female plant with pollen from another female plant all offspring becomes female as well. Weed Liberator pollinates in a seperate room to avoid accidentally pollinating his “flower plants”. This will also help prevent pollen from lingering in his tent. After pollination the female cannabis plant in question will need to finish flowering according to its normal flowering cycle.

Weed Liberator stresses that while this will yield relatively good seeds if you pollinate with the same strain as your seed-bearing female plant, you should watch out with more exotic crosses. New crosses are a lot of fun but the newer a strain is, the less stable it will be. 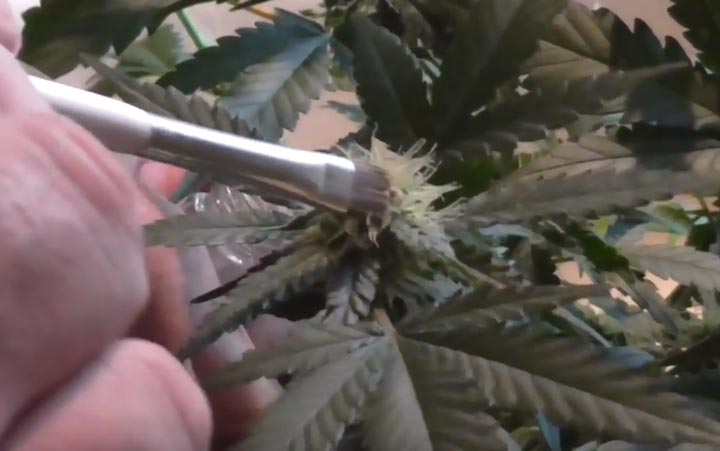 After collecting pollen you should transfer it to an airtight container and keep it refrigerated or even frozen for longer term storage. Pollen is viable for 6-18 months after collection if stored correctly. The main enemy is moisture, which can mess up a batch of pollen quickly. A common tactic to prevent moisture damage is mixing pollen with equal parts of flour, this will also make pollinating easier. Using a desiccant pack (from an aspirin bottle for example) is also a good way to keep your pollen nice and dry. Once you’ve got a plant you want to pollinate, you can simply brush the pollen (or pollen mix) on the buds that you want fertilized.

Finally, we would like to add that feminised cannabis seeds are not the best source material for your “mother” plants. Pollinating feminised plants with female pollen will potentially increase the rate of hermaphroditism in the resulting cross. The best choice for breeding purposes are usually regular cannabis seeds, preferably from a highly stable strain. Most of our regular strains, like the Power Plant in the picture above, are inbred lines that are usually bought with breeding purposes in mind.

We hope this article has shed a bit more light on the exact workflow of producing feminised cannabis seeds and wish new breeders good luck developing their own strain!