Germination is the period of time in the marijuana life cycle when the seed is growing a root and developing into a plant. Inside the seed is an embryo supplied with nutrients, when coming into contact with water the medical marijuana seed responds and begins to produce hormones that induce growth. As the root tip breaks though the seed the root grows and absorbs water. After the seed produces a root, the root continues to grow and fixes itself into the grow medium pushing the seedling above the grow medium. After the main stem has emerged a pair of embryonic leaves also known as cotyledons appear. The embryonic leaves unfold toward the light. Once the plant rises from the grow medium the plant’s growth follows the source of light. Germination time depends on age of seed, seed structure, and environmental conditions. 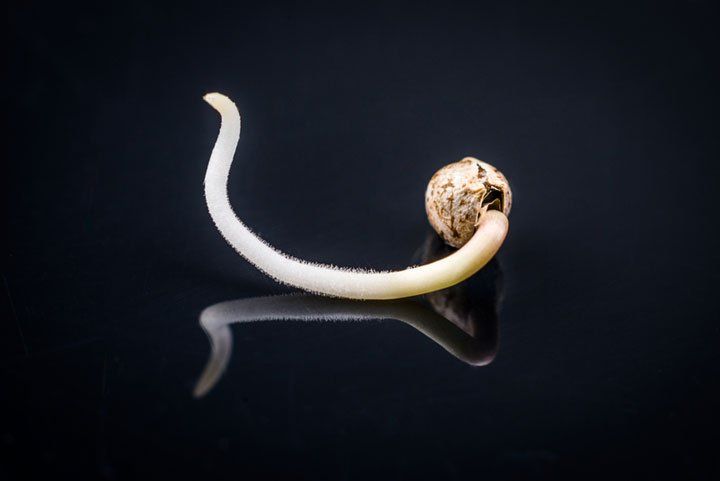 Cannabis seed in the germination stage. 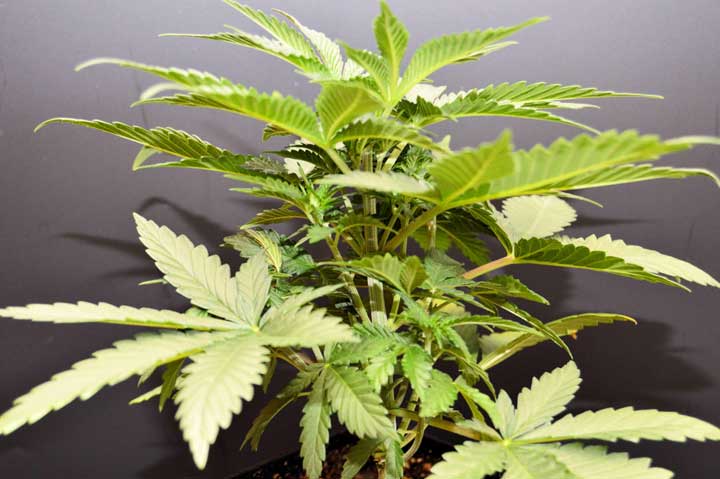 In the medical marijuana life cycle the flowering stage is when the marijuana plant begins to produce flowers. Each week of flower brings new growth to the flowers. How does the marijuana plant know when to flower? It is very important for the medical marijuana grower to understand the influence of the photoperiod on the marijuana plant. The photoperiod is an environmental cue to the plant that it is time to flower. The photoperiod is the hours of light and dark that the plant receives in a day. Meaning that the marijuana plant regulates growth by measuring the hours of light and darkness to determine when it is time to flower. The natural photoperiod changes with the seasons. Naturally outdoors in the spring and summer the days are longer and the plant grows in a vegetative state. Naturally when the nights get longer it is an environmental cue that winter is approaching and it is time to flower. The hours of more darkness such as 12 hours of light and 12 hours of darkness cause a hormone called phytochrome to build up causing the flowering phases. With indoor growing these light conditions are replicated depending on what stage of growth you are in. 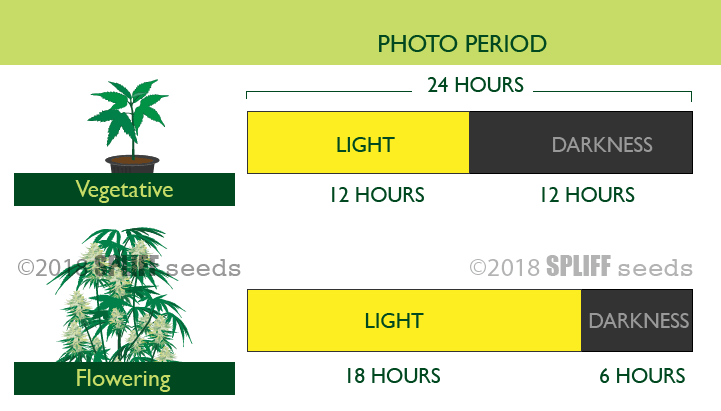 Hours Of Light for Vegetative Growth vs Flowering 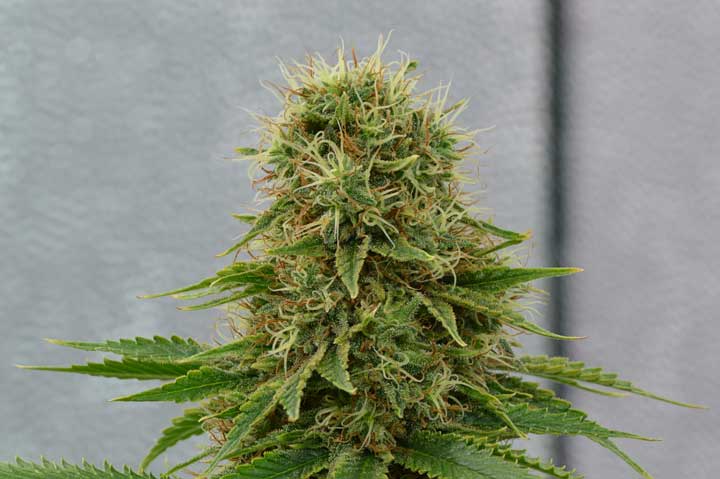 Here you see the CBD Medi Kush 7 weeks into the flowering stage.